In Korea, every meal includes anywhere from 2 to 12 side dishes. Side dishes – or 밑반찬 (pronounced ‘mit-ban-chan’) – aren’t just ‘free’ appetizers; they are the star attractions of every meal.

The most well-known Korean side dish is kimchi. There are literally hundreds of varieties of kimchi with each household having their own special recipes. But there are countless other side-dishes as well, such as: salted eggs, fried cucumbers, squid pancakes, pickled garlic and many more!

Today we’ll be cooking up some braised burdock root. In Korean, you would say 우엉조림 which is pronounced ‘ou-eong-jo-rim’.

Where to find Burdock?

In Eastern Ontario, Burdock root will be ready to dig up around the end of April – beginning of May. But don’t wait too long! Once the plant starts maturing the nutrients will be pushed up from the root into the leaves, so catch them when they are young!

Alternatively, you can harvest burdock root in the fall once the leaves start dying back. When harvesting burdock, be careful not to break the root. If possible, wait until after a good rain which will make it easier to pull the root up in one long piece.

If foraging is not your thing, look for burdock root at your local Asian grocery store. It might be sold whole, cut into section, or pickled.

Braised Burdock Root is sweet and salty with a little bit of heat making it the perfect Korean side dish.

1. Soak the burdock in cold water to loosen the dirt and give it a good scrub. 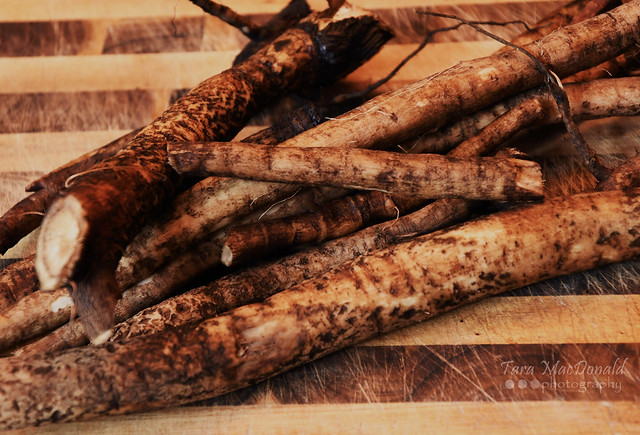 2. Peel burdock root as you would a potato. Remove any soft or damaged bits. 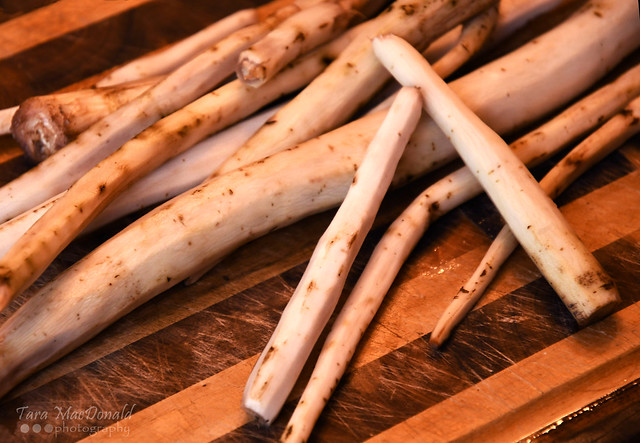 3. Slice the burdock root into 2 inch match sticks or julienne with a vegetable slicer. (I use a Kiwi brand vegetable slicer that I bought in Bangkok, Thailand – it’s the best!) 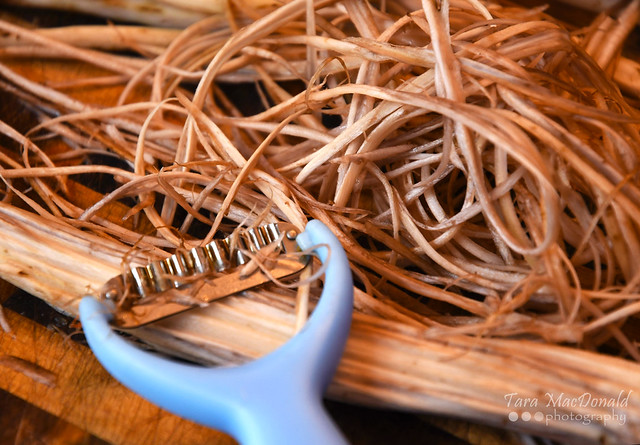 4. Soak the burdock root in cold water and a touch of vinegar for about 30 minutes. Work quickly to avoid oxidation while making sure the burdock looks nice and fresh! 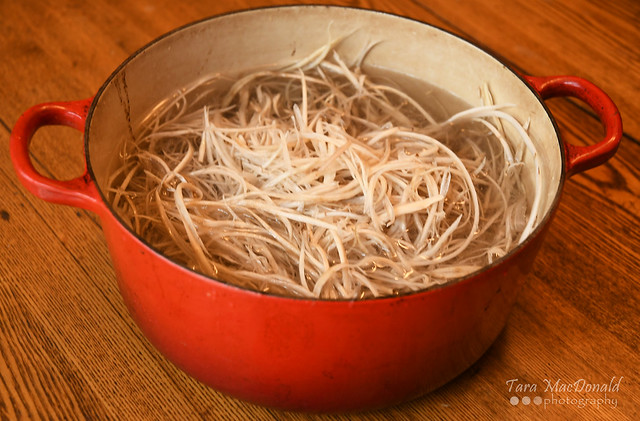 Weigh the burdock root down with a plate to prevent oxidation. 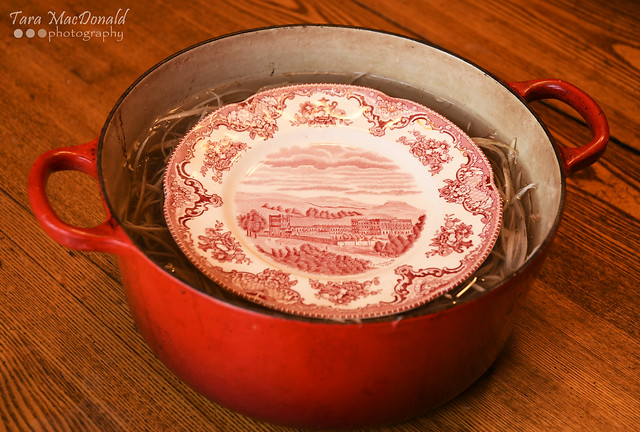 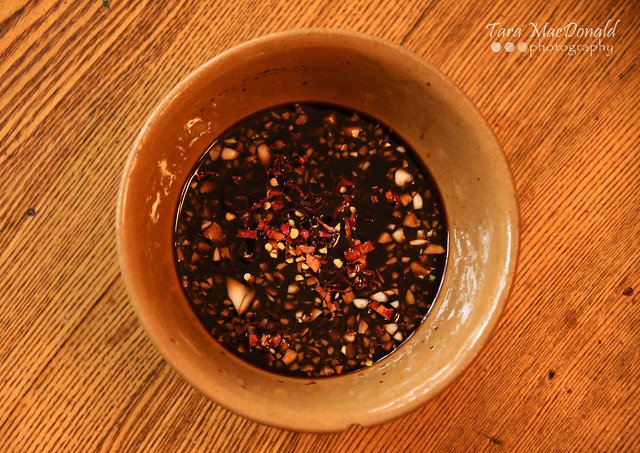 6. Strain and dry the burdock root. 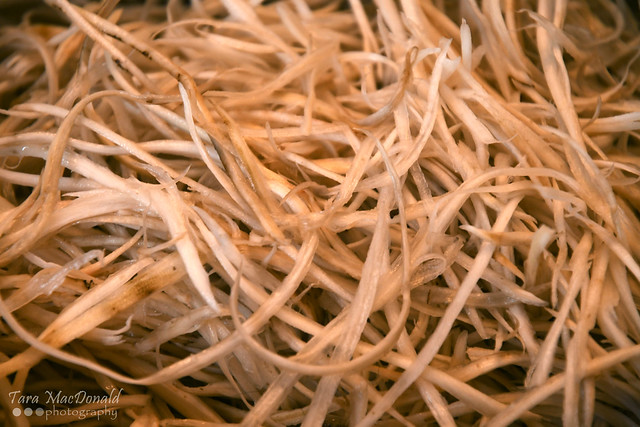 7. Add the vegetable oil to a wok or a pot and turn the heat up to high. Sauté the burdock root for about 10 – 15 minutes or until tender.

8. Lower the heat and add the marinade. Cover and cook on low heat for about 30 minutes. 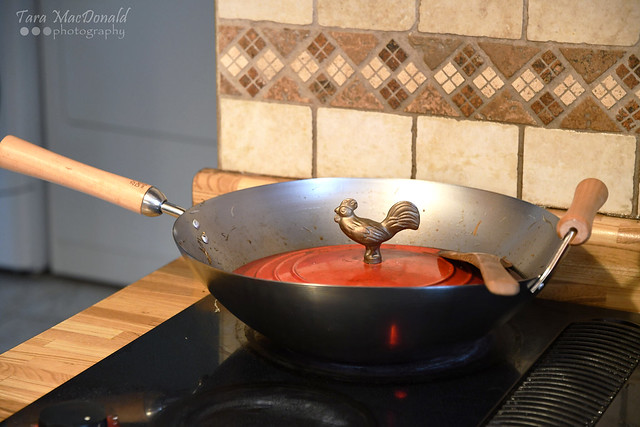 After about 10 minutes the 우엉조림 should be coming along nicely! 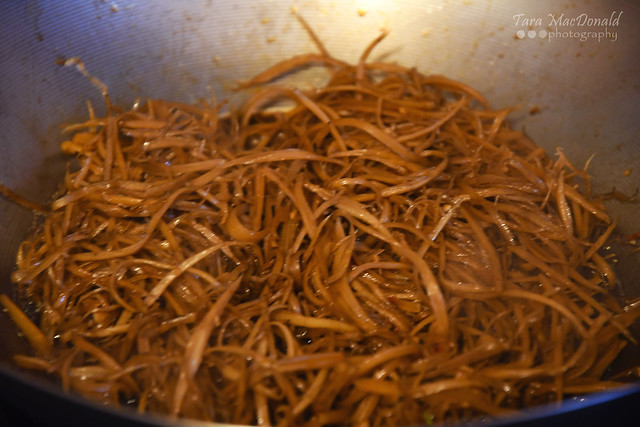 9. Once most of the liquid has evaporated, the 우엉조림 is just about ready. Turn the heat up to high. Add the brown rice syrup (or corn syrup if you don’t have any) and fry at high heat. Stir often to prevent burning. 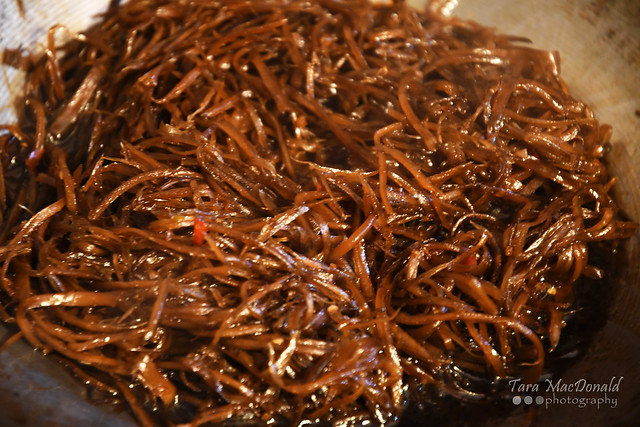 10. Once the liquid has almost disappeared and remove from the heat.Now it’s time to add the sesame oil! 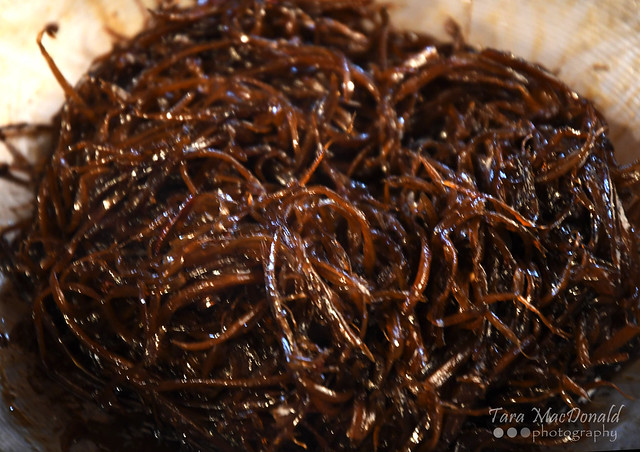 11. Once you’ve mixed the sesame oil into the braised burdock, plate the 우엉조림 with a sprinkling of gently toasted sesame seeds. 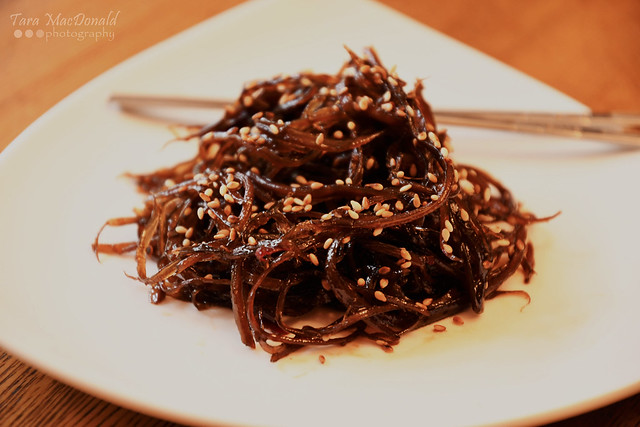 우엉조림 can be served right away or kept in the fridge for up to one week. Serve cold as a side dish with rice and soup or with sushi.

Do you like Korean food? What’s your favourite dish?

I’d love to hear from you! Please comment below.